Skip to content
Home » What to do in the Basque Country

Get ready to be amazed by the Basque Country and its diverse landscapes of cliffs, beaches and mountains…

The Basque Country in the Pyrénées Atlantiques region of France extends beyond the French border into Spain. The strength of its cultural identity and the wealth of its natural heritage make it very popular with visitors thanks to its famous Basque Coast which stretches from Bayonne to Hendaye. If you turn inland from the beaches and Basque cliffs, the Pyrenees offer a spectacular mountain landscape standing over 2,000 metres above sea-level.

Hendaye, the ideal base from which to visit the French and Spanish Basque Country

Hendaye is the ideal holiday destination for those who wish to discover all the best cultural, natural and architectural sights of the French and Spanish Basque Country. Staying in the heart of the seaside resort and port, you are at the gates of Spain, and you can easily travel from one country to the other throughout your holiday.

Best places to visit in the French Basque Country

The summit of La Rhune, a mountain standing 905 metres above sea level, is accessible on foot or by train from Sare. The summit offers outstanding views over the mountains and contrasting landscapes of the Basque Country, with the Atlantic Ocean on one side and the Pyrenees on the other.

The caves of Sare

The spectacular prehistoric caves of Sare are found in Sare, listed as one of the most beautiful villages in France. Outside the caves is an open air megalithic park to which entry is free of charge. Discover the secrets of this exceptional site during a 900-metre guided “sound and light” tour.

Explore the Basque coastal path, a sign-posted path running 54 kilometres from Bidart to San Sebastián, to be completed in stages over four days. The walk is accessible to all and offers breathtaking views over the spectacular landscapes.

The Villa Arnaga in Cambo-les-Bains to the south of Bayonne was built in the style of a traditional Basque farm by Edmond Rostand, the author of the play “Cyrano de Bergerac”, and welcomed famous visitors such as the composer Jules Massenet. It is listed as a historic monument and its 15,000 hectares of parks and gardens attract thousands of visitors every year.

Txingudi bay close to Hendayeis on the St James of Compostela Way and links France and Spain. Cross the border on a more unusual path.

Biarritz is a must for surfers worldwide. It is also famous for the Rocher de la Vierge. The rock is topped by a statue of the Virgin Mary erected in 1865.

Bayonne, regarded as the economic, commercial and port capital of the Basque Country, is a city of art and history. It is home to the only museum dedicated to Basque culture, installed in a typical house dating from the 17th century.

Listed as one of the most beautiful villages in France, Saint-Jean-Pied-de-Port is also famous for its two valleys and its proximity to the forest of Iraty. This medieval village and citadel founded in the 12th century were part of the kingdom of Navarre.

Its famous peppers dried hanging from the fronts of its red and white Basque houses give Espelette, an ancient feudal village, a unique charm. Stroll through the narrow streets full of flowers and breathe in the aroma of this 100% local spice.

The villages of Guéthary, Ainhoa and Itxassou

The former whaling port of Guéthary and the authentic charm of the villages of Ainhoa and Itxassou are a must for those who love traditional Basque architecture.

Best places to visit in the Spanish Basque Country

In Northern Spain, the beach of La Concha is one of the most beautiful urban beaches in Europe. The town of San Sebastián is famous for the splendour of its architecture to this day.

Fontarrabie, a fishing village whose name in Basque means “sand ford”, dominates the Bidassoa estuary and boasts the castle of Charles Quint. The village is very popular among the Spanish, who like to go there for the weekend, and deserves a visit to understand it.

Guernica is the historical and spiritual capital of the Basque Country. Unfortunately, it is famous for its destruction in 1937 and has given its name to a world-famous painting by Pablo Picasso.

Bilbao and the Guggenheim museum

Bilbao is the gateway to Basque culture on the Spanish side. Its Guggenheim museum is an international symbol of avant-garde 20th century architecture thanks to its masterful distinctive design.

Famous for its old medieval town and its historic monuments, including its cathedral, the city of Vitoria-Gasteiz was founded in the 12th century.

Nicknamed the “Tolado” of the Spanish Basque Country, the architectural heritage of Oñati and its historic centre are a must..

The forest of Iraty

Steeped in myth and legend, the vast beech forest of Iraty is situated on a plateau and is suitable for a wide variety of sports activities with your family all year round.

Far from any urbanisation, the spectacular island on which stands the Monastery of Saint Jean de Gaztelugatxe, whose name means “castle-rock”, is listed as a biotope protection area. It is connected to the continent by a bridge.

Walking in the Basque Country

There are many possibilities for walkers of all levels in the Basque Country! The various summits of the Pyrenees and the Basque coastal path offer plenty of different routes to discover the region through unforgettable walks.

There are many local specialities, including Bayonne ham, Espelette chilli peppers and Ossau-Iraty cheese, which are very well-known in France and beyond. Visitors can also discover Basque cuisine and all its delicious sweet savoury dishes such as Basque cake, which has its own museum you can visit in Sare.

Basque linen, the real espadrille, pottery and knives are some of the skills originating in ancestral tradition and passed down from generation to generation to the present day. These local crafts show you another side of the Basque culture and identity.

Basque pelota, the emblematic sport of the region, borrows elements from the traditions of “Jeu de paume”, an indoor precursor of tennis. The ball is sent by the players to the “fronton” (wall) before it falls back to the ground in the “cancha” (court). The players’ skill is impressive. Sit down to watch and discover a unique sport typical of Basque culture. 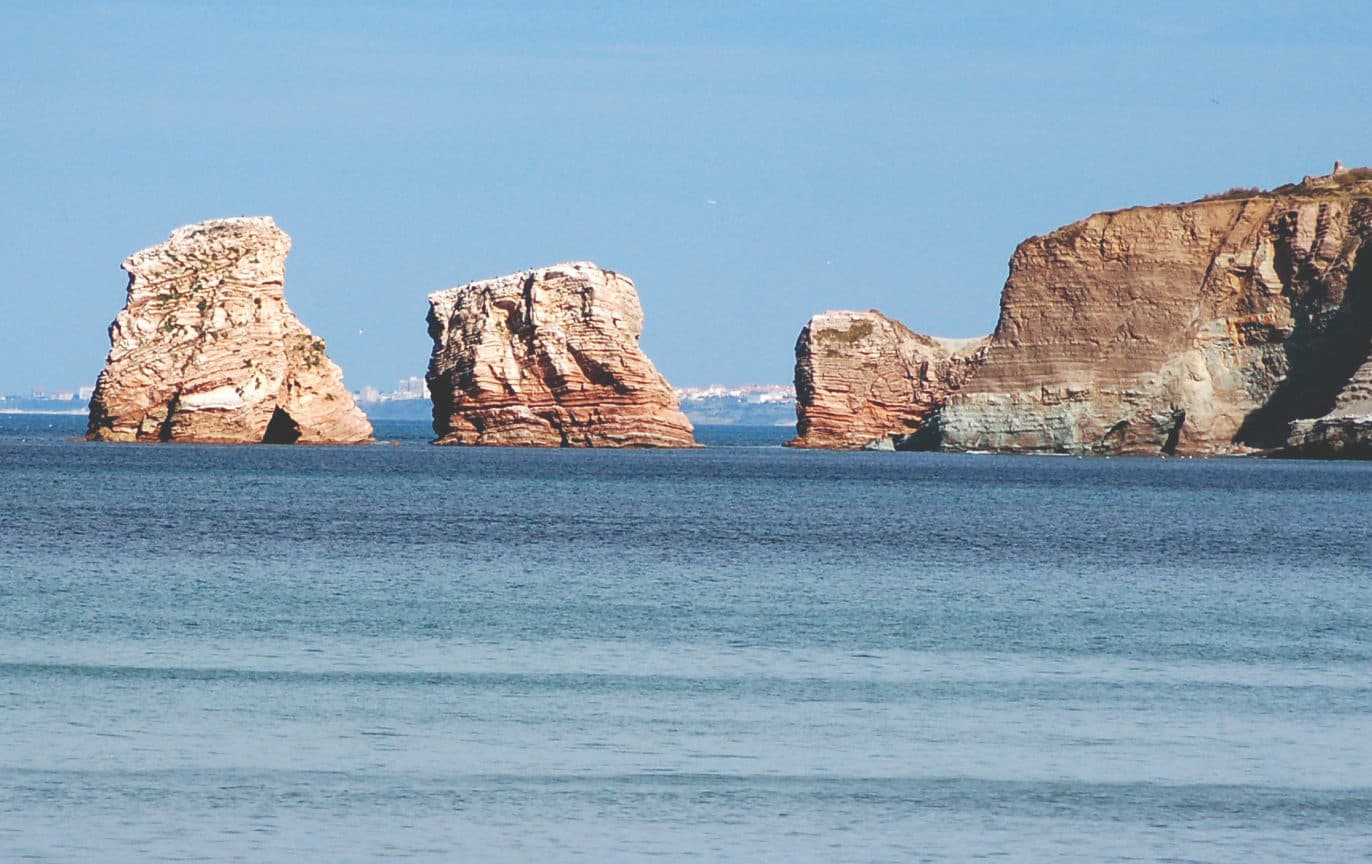 BOOKINGS
Book your 3 star hotel in the Basque Country

Stay at the Ibaïa 3-star hotel in Hendaye and make the most of its proximity to the Spanish border to discover the Basque Country, which straddles the border between France and Spain.

What is the most beautiful part of the Basque Country?

There is not one but many must-see sites in the Basque Country, such as Hendaye, Saint-Jean-de-Luz, Bayonne and La Rhune.

What is the most beautiful town on the Basque coast?

Hendaye is one of the 12 most beautiful Basque towns. Its beach with small waves is particularly suited to children.

What activities for children are there in the Basque Country?

An introduction to surfing, the little Train of La Rhune and a trip out to sea are some of the musts to do with children during a holiday in the Basque Country.

What is the Spanish Basque Country called?

When you get into Spain, the Basque Country, called “Euskal Herria” in Basque, is known as “Pais Vasco” in Spanish.

What towns should you visit in the Spanish Basque Country?

Fontarrabie and Guernica are some of the towns in the Spanish Basque Country that are well worth a visit.

Getting there
Where to find us 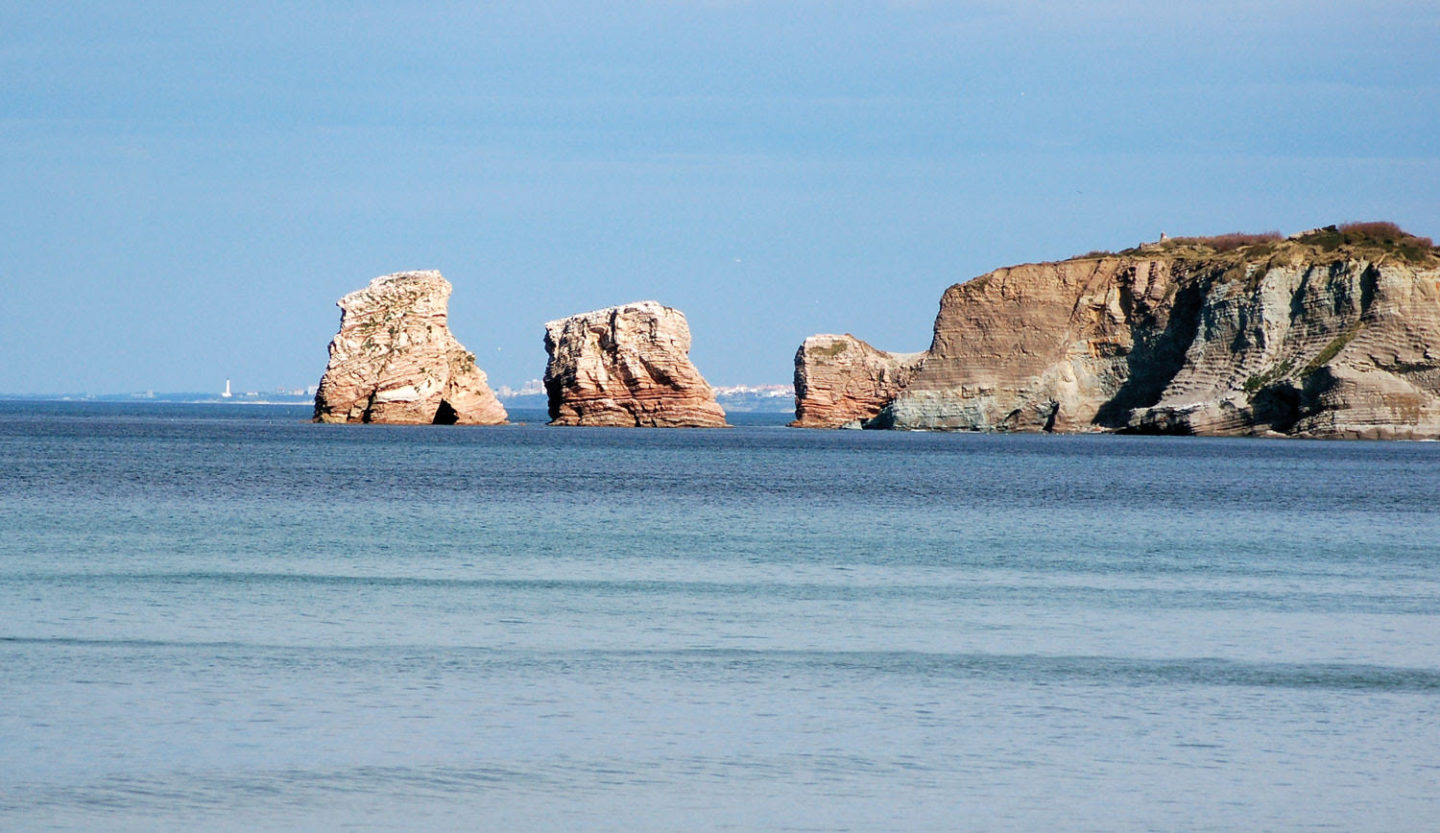